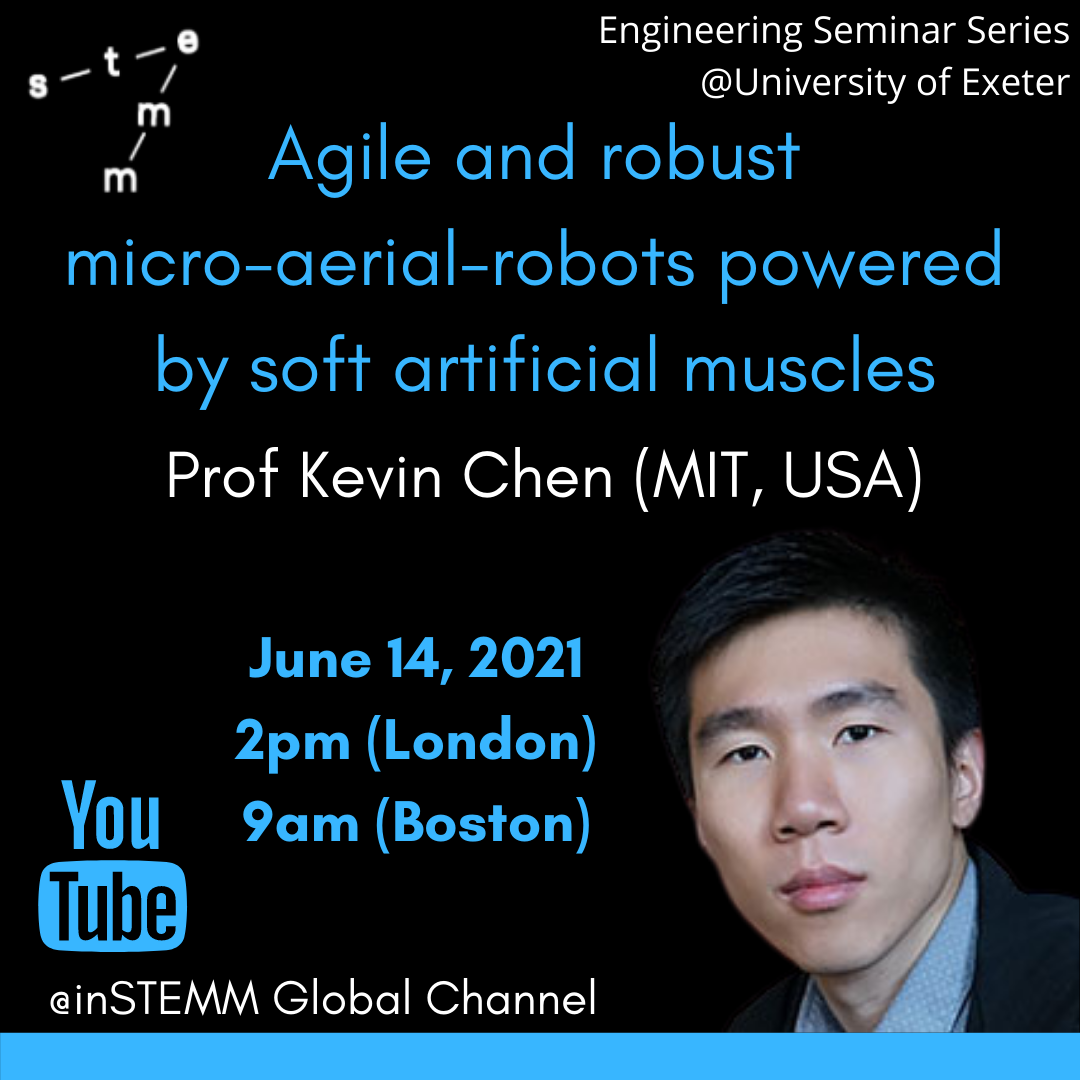 Recent advances in microrobotics have demonstrated remarkable locomotive capabilities such as hovering flights, impulsive jumps, and fast running in insect-scale robots. However, most microrobots that are powered by power-dense rigid actuators have not achieved insect-like collision resilience. Meanwhile, the agility of most soft-actuated microrobots remains limited compared to that of rigid-actuated robots.

In this talk, Prof Kevin Chen will present their recent effort in developing a new class of microrobots – ones that are powered by high bandwidth soft actuators and equipped with rigid appendages for effective interactions with environments. Towards improving collision robustness of micro-aerial robots, they develop the first heavier-than-air aerial robots powered by soft artificial muscles that demonstrate open-loop, passively stable ascending flight as well as closed-loop, hovering flight. In addition, their robot can recover from an in-flight collision and perform a somersault within 0.16 seconds.

This work demonstrates for the first time that soft aerial robots can achieve agile and robust flight capabilities absent in rigid-powered micro-aerial vehicles, thus showing the potential of a new class of hybrid soft-rigid robots.

Prof. Chen is currently the D. Reid Weedon, Jr. ’41 Career Development Assistant Professor at the Department of Electrical Engineering and Computer Science, MIT, USA. He received his PhD in Engineering Sciences at Harvard University in 2017 and his bachelor’s degree in Applied and Engineering Physics from Cornell University in 2012. His work focuses on developing multifunctional and multimodal insect-scale robots. His research interests also include developing high bandwidth and robust soft actuators for microrobot manipulation and locomotion. He is a recipient of the best student paper award at the International Conference on Intelligent Robots and Systems (IROS) 2015 and a Harvard Teaching Excellence Award. He was named to the “Forbes 30 Under 30” list in the category of Science.